Christ Proclamation Church is congregation led by a pastoral staff and a plurality of elders. The elders serve Proclamation by providing vision, structure and spiritual leadership for the church. 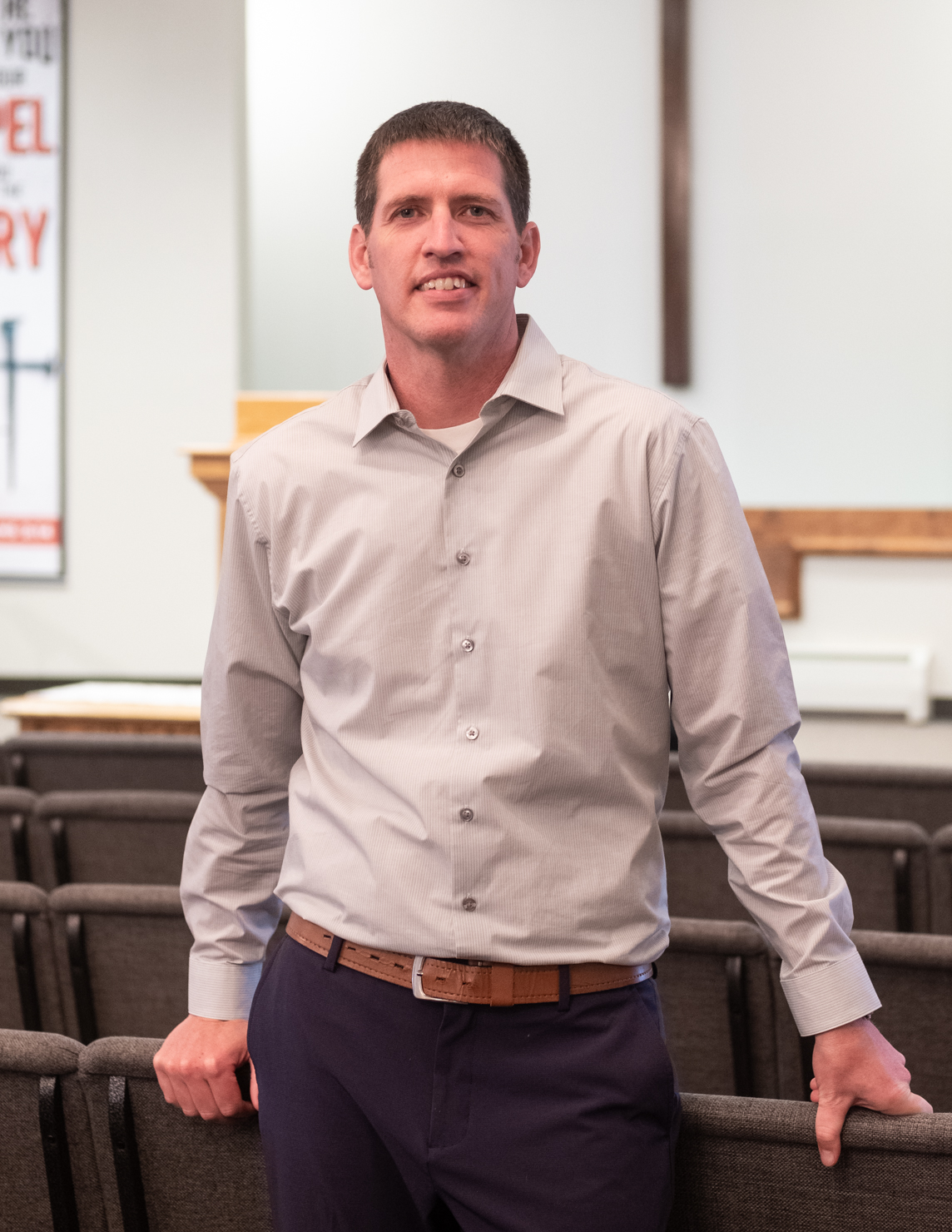 Steve Thiel graduated from The Southern Baptist Theological Seminary in Louisville, KY with a Masters of Divinity in June of 2011. He and his family moved to Hartford, CT in August of 2013 in order to plant Christ Proclamation Church. Steve has been married to his wife Linda for 19 years and they have 4 wonderful kids: Gabriela (18), Samuel (17), Juliana (15) and Jeremiah (13).  Steve grew up in Wisconsin, is happy to be called a “Cheese Head” and is a huge fan of the Green Bay Packers, even when they’re not playing very well. He also enjoys playing basketball, reading Christian biographies, drinking coffee, working on home projects and spending time with his family. 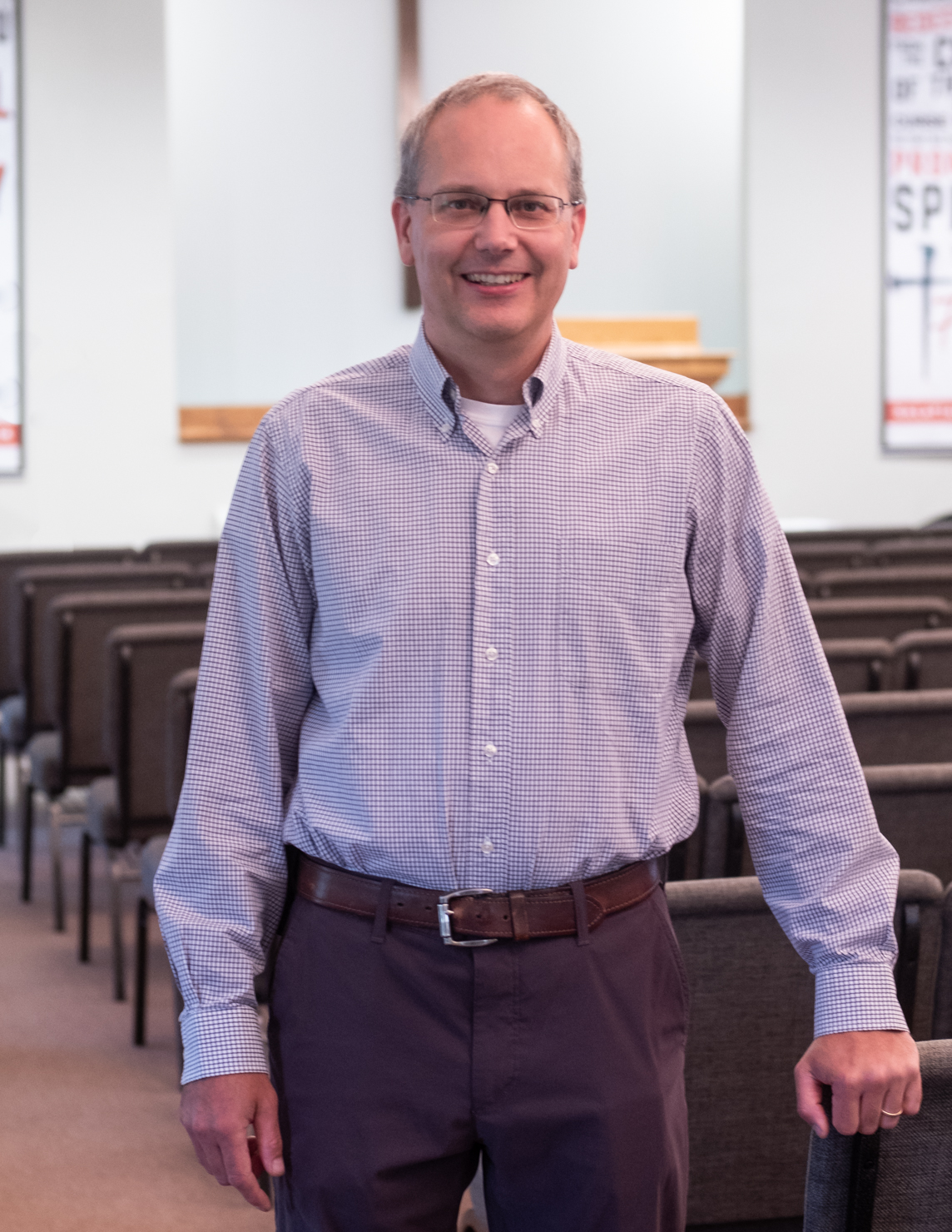 Christoph Hyder received his Bachelors in Mechanical Engineering from Worcester Polytechnic Institute and his Masters in Mechanical Engineering from the University of Pittsburg. Christoph worked as a mechanical engineer designing industrial equipment until he met his wife, Jennifer, and had three kids, Nicholas (17), Mara (15), and Eric (12).  He then switched his energies to the home front and started building marble runs and ziplines as a stay-at-home dad.  When he heard of the Proclamation church plant, he eagerly jumped on board and applied his skills and efforts to building up the church, although he still looks forward to engineering the odd go-cart and tree house. 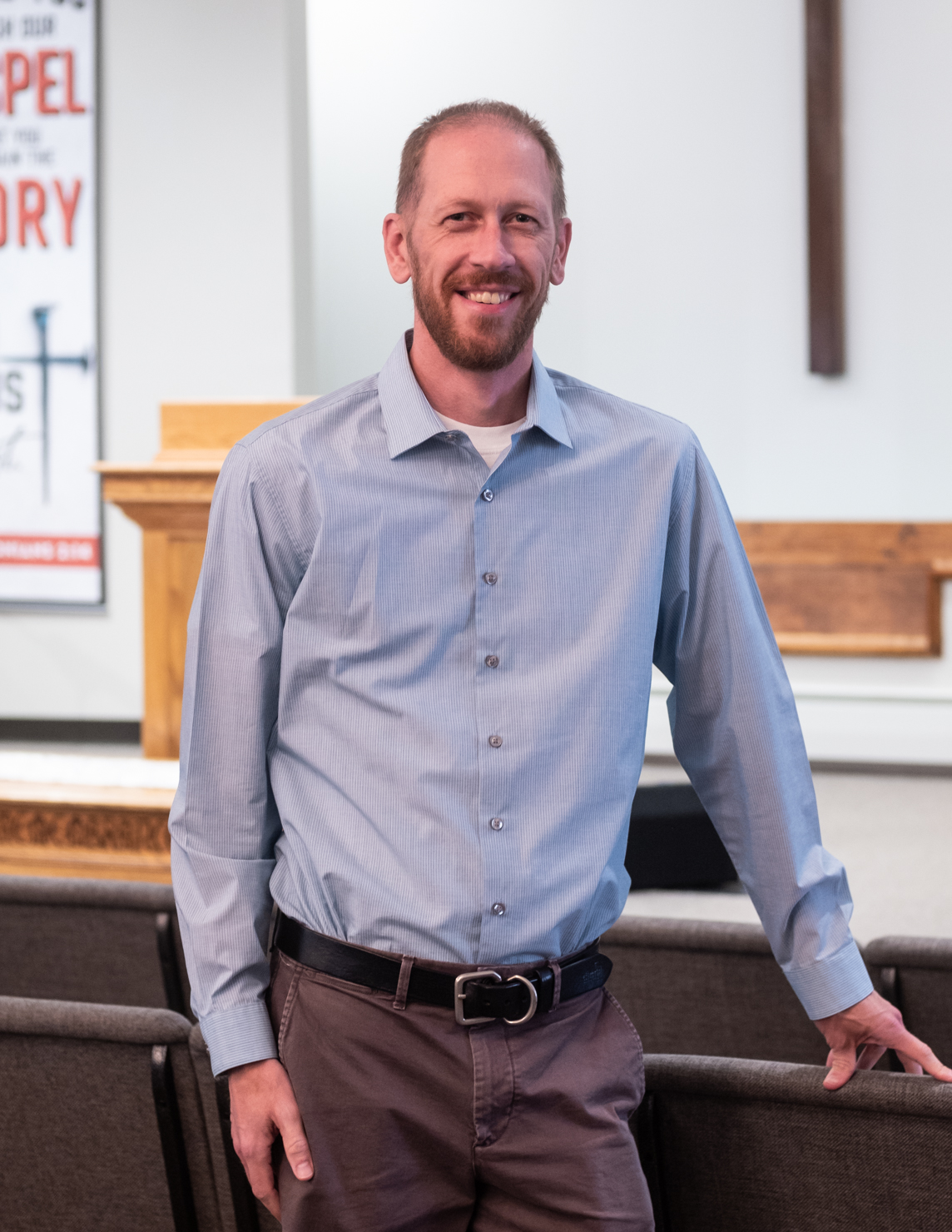 Markes Wilson is thankful for the faithful lives of his parents who raised him in the knowledge of Jesus Christ, but he didn't follow the Lord himself until an adult in college.  He received his Bachelors in Business Communication from Cedarville University and his Masters in Business Administration from the University of Notre Dame when he felt called to support the work of church planting as a layperson working in the healthcare industry.  Markes is currently a healthcare & non-profit strategy consultant. Markes and his wife Julie were married in Burlington, Vermont, spent over a decade in the Upper Valley region of New Hampshire / Vermont, and moved to CT in 2015 to continue being helpful to new and young churches. Markes and Julie have 3 children, Ada, Evie, and Elliott. Markes loves being at home with his family, tries to avoid working constantly, enjoys reading, teaching, and is a fan of playing and watching most sports.

Jeff Jacobsen grew up in Connecticut regularly hearing the gospel at church where his father pastored. Learning and seeing grace lived out in the local church, he accepted Christ in high school and went on to UConn. Through word and deed, he demonstrated that his young faith was his own by not only living out his faith on a secular campus, but by sharing his faith, being discipled, and discipling others in college ministry. Just before graduation, he met his wife, Erica, at a college Bible study. They were married soon after and now have three young adult children, Madeline, Caleb, and Molly. Jeff has joyfully served in the local church all his adult life in various capacities: from working with youth groups, missions trips, teaching Sunday School, and leading Bible studies to working on missions boards and a Christian School board. Both Jeff and Erica have been grateful for Christ Proclamation Church as it has only stretched them and deepened their love for Christ and the local church. 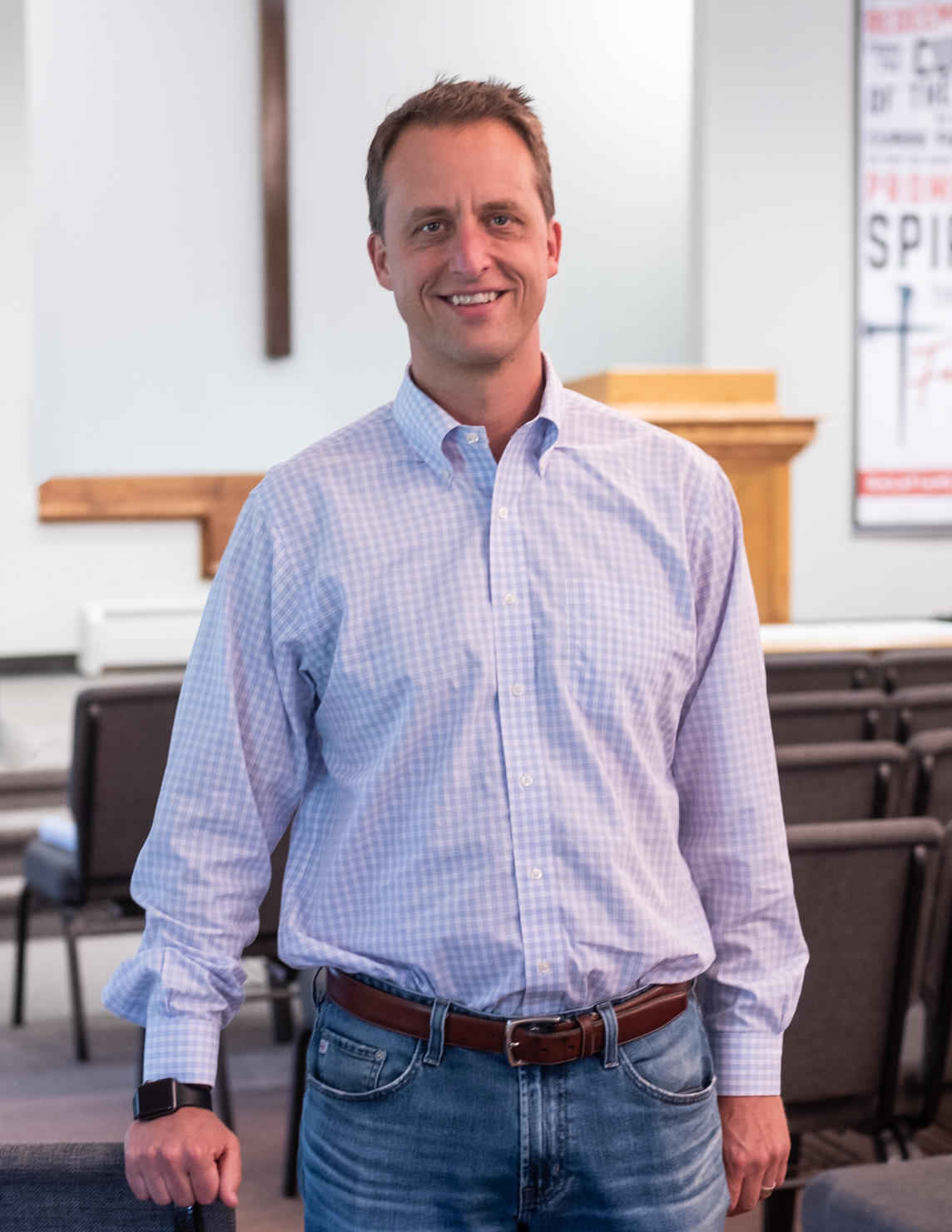 Jeff Bartholomay grew up in Michigan going to church every week but not understanding what it meant to truly love and follow Jesus. He went to college at Eastern Michigan University and then began work as a CPA with and accounting firm, Deloitte, in Detroit, MI. Jeff spent these years controlling his own life, motivated primarily by “climbing the corporate ladder.” He met his wife, Meredith, at work, married in 2000, and moved to Connecticut in 2003. God began to tug at Jeff’s heart in 2013 through a small group of faithful men and women gathering together prior to the launch of Christ Proclamation Church. In God’s gracious and kind providence, Jeff was later rescued from his sin and embraced Jesus as his Lord and Savior. Jeff has been attending Christ Proclamation Church since its launch in 2014 and is so grateful for all of the spiritual blessings that are his in Christ including the gift of loving brothers and sisters in Christ. Jeff and his wife live in Farmington, CT, and have three wonderful children, Max, Will, and Reese. Jeff enjoys reading good books, skiing, golfing (occasionally), and watching college football with his wife on Saturdays. After all of these years they are still loyal to the maize and blue of the University of Michigan! 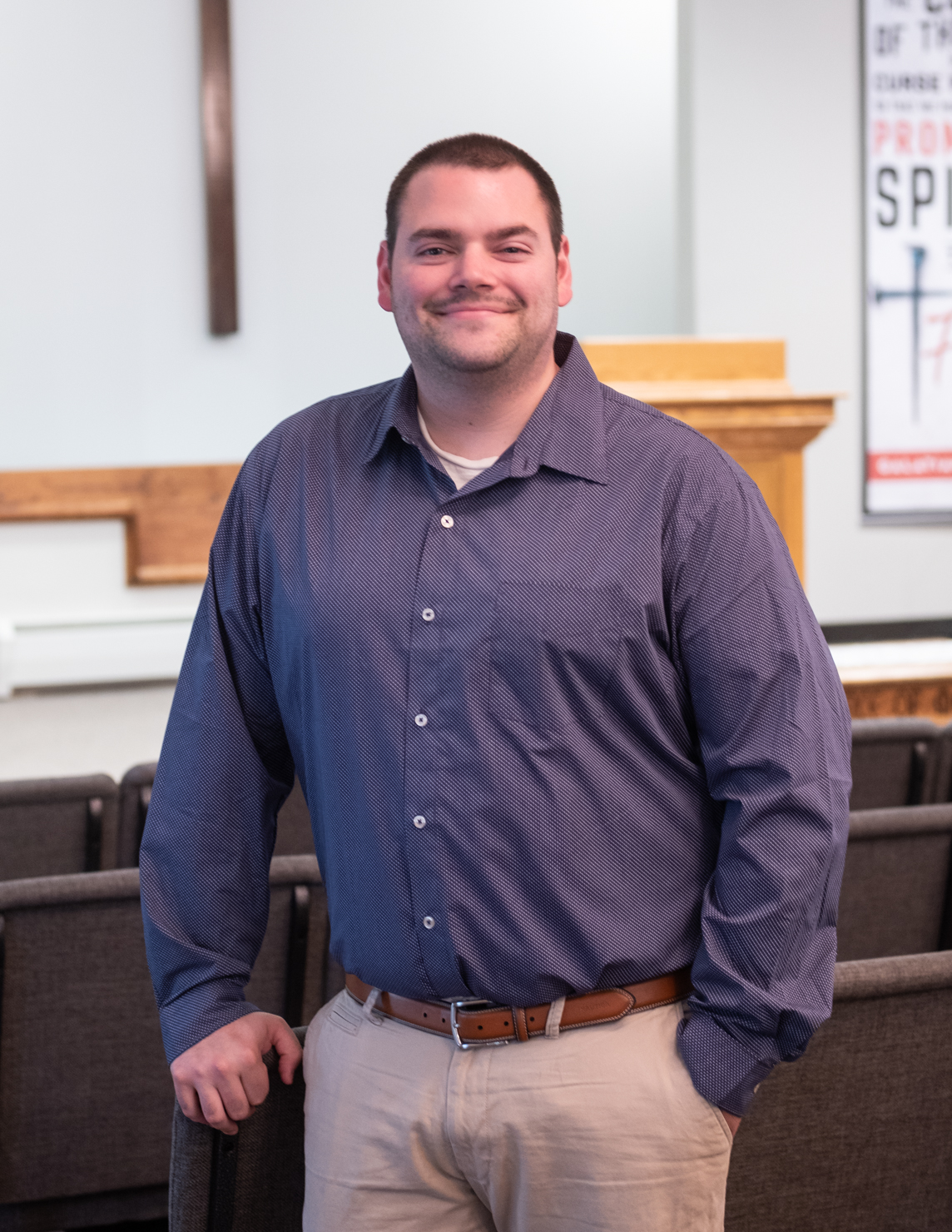 Richie Pendred is currently enrolled at The Southern Baptist Theological Seminary in Louisville, KY. Richie has been married to his wife Candace since August of 2017, and they are expecting their first child in December of 2021.  Richie was born and raised in Connecticut and loves New England and has a heart for church planting throughout the region. He enjoys watching sports, reading Christian books, drinking americanos, and spending time with family and friends.